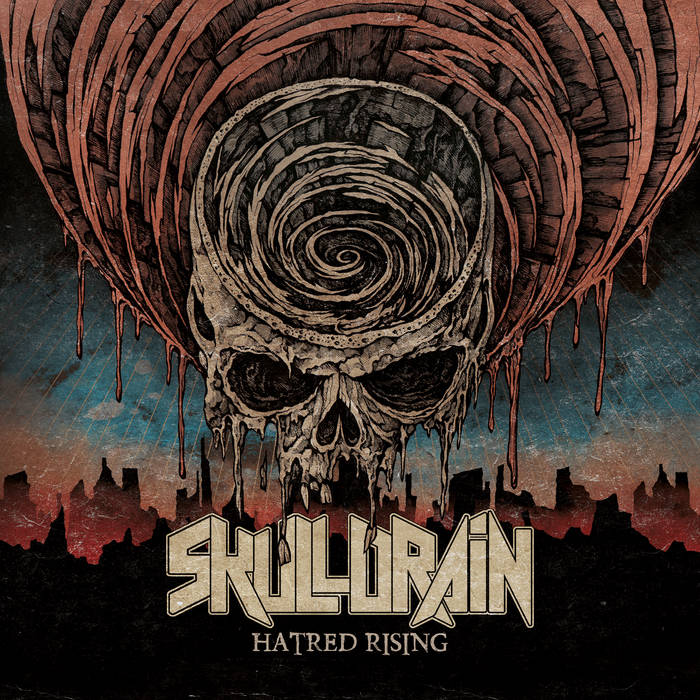 Zaranell A lightning-storm barrage of raw, angry thrash metal, capped off with a beautiful acoustic track that lasts just long enough for the listener to breathe a sigh of relief. One of 2017's most underrated metal releases. Favorite track: The Only Way.

After pulling the plug on dead-end project "Zodiac Ciphers", Skulldrain was formed in December 2014 in Gefle, Sweden. Some of the previous members were asked to join guitarist Sami Mäki (ex-Undivine, ex-Altered Aeon) to his musical concept. He had the band name and some songs ready to go.

Fast and hard, guitar oriented thrash metal was the vision from the start, and it is what Skulldrain has become to represent. With influences like Slayer, Lamb of God, Testament, Destruction, Death, Vader and The Haunted for example, expect to meet with a massive tsunami of high gain guitars! The lyrics focus a lot on social injustices and inequalities.

In 2015 songs were composed and arranged, lyrics were written, pre-production demos were recorded and things started to move along smoothly. Some club gigs and festival shows were done through the year. In October the drums were recorded at Bilda Studio Söderhamn. The album "Hatred Rising" was mixed by Jonas Lindström at Studio Apocalypse and mastered by Sverker Widgren at Wing Studios. It is a full range thrash attack, hard and fast, yet dynamic and with gripping melodies and harmonies. The vocals are harsh, somewhat guttural, yet the lyrics are clearly pronounced and audible. Cover and layout by Costin Chioreanu.