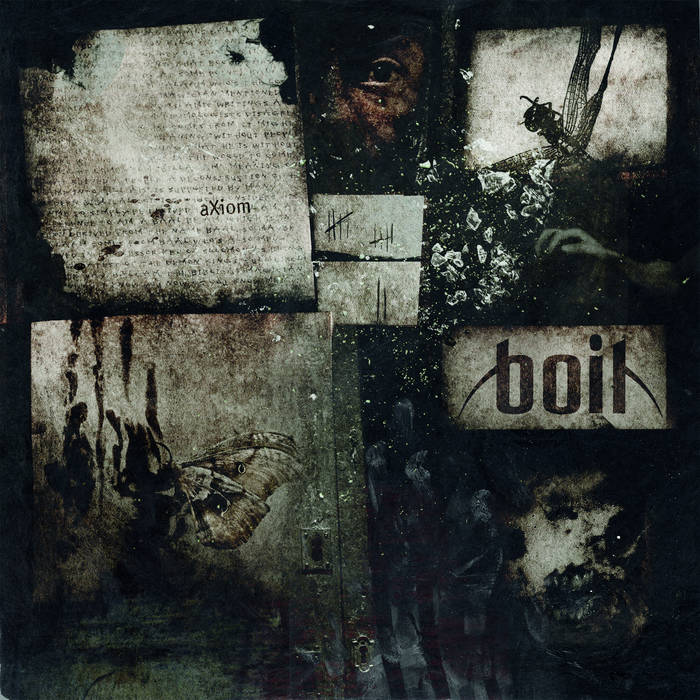 BOIL´s third album which is the most ambitious album they’ve ever made; the aptly titled "aXiom". The album is recorded by BOIL itself and mixed and mastered by the reknowned Swedish producer Jens Bogren at Facination Street Studios (Soilwork, Opeth, Symphony X, Devin Townsend), featuring amazing artwork by Travis Smith (Nevermore, Opeth, Katatonia).

The inspirations of “aXiom” came out of a series of interviews that BOIL (with the assistance from various mental institutions and organisations) arranged with a number of people suffering from mental disorders, especially paranoid schizophrenics suffering from delusions. Based on the extensive notes from the interview sessions the lyrical universe on “aXiom” has in a way made the album a concept album turning the songs into one joint, yet fractured, story which operates on two levels, both the experiences of paranoid schizophrenic man suffering from delusions, and the underlying philosophical discussion of “Truth” as a concept.
“aXiom” ventures into more extreme directions, both technically, conceptually, sonically and melodically. Pulling on a wealth of inspirations, BOIL 2013 is a completely unique and different beast. It's a band progressing at the speed of light, not content being a follower, but instead aiming at being viewed (rightfully so) as a leader in their genre.